On almost any weekend from April through the fall, you can visit a battlefield park or museum from Gettysburg on down through the South and travel back in time. The Civil War continues as reenactors recreate the events of the 1860s.

Most of the members of the various reenactment units are good amateur histories who enjoy telling spectators about life in the camps, how their weapons fire, and where their units saw action. There are marching drills, artillery demonstrations, and staged skirmishes.

Although spectators enjoy all that, the arrival of a mounted unit is sure to draw them away from the guns and campsites. Whether staging a cavalry charge, demonstrating mounted drills and maneuvers, or taking part in a battle, cavalry units are always the most popular draws.

Not all horses can handle cannons firing, banners waving, bugles sounding, and rushing by as they scream the rebel yell. It takes a lot of time and training to ready a horse for life as a four-footed reenactor.

Human reenactors are passionately dedicated to accuracy and authenticity, so it’s no wonder that the breeds they choose as mounts are those that were used during the Civil War. Tennessee Walkers, Morgans, Quarter Horse types, and grade horses are the most popular and temperamentally suited breeds. Thoroughbreds are usually too high-strung to adapt to the noise and confusion. Other breeds, like Warmbloods, might have the right temperament, but weren’t around at the time.

A typical mounted reenactment unit is the First Maryland Cavalry. This is an unusual group, since they recreate almost any era of mounted cavalry, not just the Civil War. Their horses are trained for Napoleonic Wars through World War II mounted action.

For the Civil War, they recreate part of Jeb Stuart’s cavalry. They train and ride ‘campaign style,’ which means they carry everything they need for themselves and their horses. Fully kitted out, they carry carbines, sabers, canteens, sleeping rolls, and other equipment, all of it clanking and bumping as they ride.

During a battle, the horses must adapt to other horses and riders galloping around them, gunfire sounding at point-blank range, and occasionally losing a rider when he’s ‘hit.’

As with any training, it starts very simply. Whenever possible, an experienced horse works beside a green one.

“It’s really the best way to let a new horse know that everything is all right,” says Ron Roberts, the Major and Commander of the brigade. “There can be all kinds of confusion going on, but if the other horses are just standing there, then the new horse will probably do the same thing.”

Much of the confusion comes from sudden movements, so that’s what Roberts concentrates on first.

“You have to see how they manage things flapping around their heads – flags, sabers, and quick changes of scenery. If a horse can’t handle that, he’ll never manage the noise and excitement of battle. You may as well quit right away and find another horse.”

To start, a volunteer slowly waves a cloth or jacket at a mounted horse from about 25 feet away. After a few minutes the person approaches still waving the cloth. If the horse gets nervous, the volunteer stops, backs up until the horse relaxes, and starts again. Eventually, the cloth is in front of the horse’s face. The volunteer rubs the cloth all over the horse’s face and eventually places the cloth over its eyes. The objective is to let the horse get used to the idea of being momentarily blinded by a flag or heavy smoke.

Saber training is similar. The mounted rider slowly passes the saber on either side of her horse’s head, in front of its eyes. Soon, the movement is faster and closer. After a while, the horse pays more attention to the flies on his rump than the cloth and saber.

Although that desensitizing is relatively easy, getting a horse used to gunfire can be an ‘exciting’ experience, according to Wayne Gregory, a Sergeant in the cavalry.

“You start with a percussion cap and revolver. The charge makes no more noise than a child’s cap gun, but if a horse isn’t going to like that, you’ll know it real soon.”

Like other training, Gregory advises starting from a long distance. A volunteer stands 30 to 40 feet away and fires the revolver pointed away from the horse. If the horse does not react, it’s repeated until the gun is fired as close as 15 feet.

Now it can get “very interesting,” according to Gregory. “You give the horse a lot of praise and hand the gun to the guy in the saddle. Then you get out of the way. He points it behind him and high and gets ready for anything. Then he fires. This is the first time the noise has happened without the horse being able to see it and the first time the sound has been that close. If the horse is mellow, you repeat it, each time bringing the gun closer to the horse until you fire right over his head.”

That’s the easy part. After all, a cap gun doesn’t make all that much noise, even up close. A horse gets used to the “pop” pretty easily. Now the rider and volunteer start over, this time with a gun loaded with black powder, the sort of weapon and charge used in the reenactments. The volunteer marksman starts much farther away than he did when introducing a cap gun. He also positions himself where he can dive for cover should the horse decide that he doesn’t like that much authenticity. If the horse doesn’t mind the noise and smoke from a distance, he usually doesn’t mind when it comes closer, but if he is spooked by that first blast of black powder, the chances are that he’s not going to be reenacting the Civil War.

Training horses for saddle-to-saddle combat is another skill. Saber charges are initially practiced with only one pair of horses at a time. They carefully walk around and near each other while the men engage each other from the saddle. The maneuvers are practiced slowly and simply at first. Sabers are slowly waved and passed in front of the horses. Gradually more horses are brought onto the scene as the level of action is increased and sped up.

The wild, free-for-all charges seen in the movies are not commonly seen in reenactments because of the danger of someone actually getting slashed by accident. But there is a lot of controlled, practiced chaos, with the clash and clang of metal, men yelling and sometimes firing weapons while the saber fight continues.

There is not a lot of training for jumping, although Roberts recommends it. He likes horses to be able to take a 2-3 foot barrier. He thinks it is a useful skill for both horse and riding and something that is occasionally needed. Jump training is usually easier for the horses than the riders, he notes, since few of the men have any English or hunt seat background.

When a new horse goes to a reenactment for the first time, he might not get closer to the action than the spectators do. Staying near the sidelines with other horses is almost certainly what the rider will try to do. This allows the horse to observe the action and confusion safely and without pressure. If the horse seems enthusiastic about the situation, the rider might get to the fringes of the batter or ride messages from ‘headquarters’ to other points. But the safety of riders, horses, and other reenactors is most important. No one will ride his horse into a situation where he isn’t confident of his mount’s reaction.

Finding the right riders is as important as finding the right horses. “There are two kinds of men who want to become cavalry reenactors,” says Roberts. “One is a horseman who hopes to become a reenactor. He already owns his horse and trailer and can ride. They tend to work out the best. The other is a reenactor who wants to join a cavalry unit. He usually doesn’t have much riding experience.”

“The skill of riding takes a lot of work. Just learning how to ride in formation, in the field, keeping up with the rest of the unit is a slow process. I tell people that they have to ride at least once a week for a least a year to reach the minimal riding skills required.”

There’s also a large financial commitment. The saddle alone costs somewhere between $800 and $900. Don’t think you can get away with what you use when riding for pleasure. Authenticity is paramount to reenactors. The saddles are carved beechwood covered with rawhide that is sewn on when wet. So that it tightens and hardens as it dried. It’s designed for the comfort of the horse and durability. Add on the authentic girth, breastplates, coat straps, and other basics, and you’re easily out for $1500. Your pistol, carbine, saber, and saber belt will put you back another $1000. Your basic uniform comes with a price tag of about $500.

But the reenactors stay enthusiastic about their hobby. They feel a deep sense of duty to demonstrate the history of the times to people. And in so doing, says Roberts, “We do honor to those men and horses.” 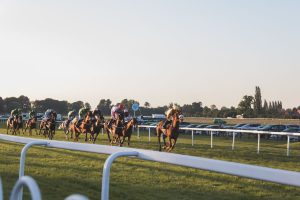 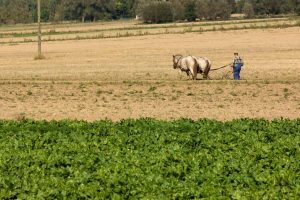 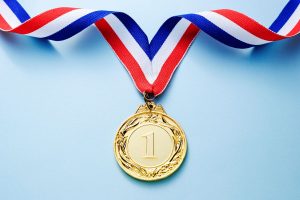