We lost a good friend on Sunday. Baxter Black, who for years charmed us with his stories, commentaries, and cowboy poetry, died today in his hometown of Benson, AZ. He was 77 and had been in hospice care since January.

But how he died is not as important as how he lived. As a veterinarian practicing in the west, he dealt with cattle, horses, and other farm animals. He also dealt with the many characters — the people, the machines, the weather, the other critters, and the land itself, — which gave the west its character. His love of those things showed in his work and infused his life with joy and compassion.

His career as a cowboy poet and entertainer began by accident. As a speaker for a veterinary pharmaceutical company, he began using stories and humor to discuss and explain diseases and conditions instead of using slides and PowerPoint. He soon found himself invited to perform at agricultural conventions and events. A poem he sent to NPR when Yellowstone was burning was aired and opened a new chapter in his life as he became a regular commentator on Public Radio and that, in turn, led to appearances on the Johnny Carson show and other programs. His charm was always his self-effacing demeanor and his amused and bemused insights into life around him.

He said his life was blessed, “I like what I do.  I have a great home to come home to, a couple good horses, a few cows, a good dog, and friends everywhere I go.  I’m square with God and I make a living entertaining people I care about.”

He sold over one million books and audio recordings, most of them ending with the signature phrase, “This is Baxter Black, cowboy poet, and former large animal veterinarian.”

Here is his life story in his words and a compilation of his appearances:

A true horseman, a true Westerner, a true cowboy, his last column eloquently spoke of his love for horses and his life.

There is just some country where horseback is the only way to get the job done. Places where the four-wheeler is a poor second, not to mention a noisy, track-leaving unnatural conveyance. Besides, it’s hard to throw a rope from.

Helicopters can spot and scare, if that’s what you need, but it’s helpless when you have to doctor a calf. It is a great feeling to be pushing a cow out of a mesquite thicket, packing a dude down the Grand Canyon or tracking a mountain lion on a high ridge, knowing you’re on the perfect tool for the job. You look at a horse different when he’s on the payroll.

I like being a person to whom a horse matters.

It puts me in such good company, Robert E. Lee, Teddy Roosevelt, Rudyard Kipling, Ray Hunt, Queen Elizabeth, Jerry Diaz, Casey Tibbs, cowboys, Mongols, Gauchos, teamsters, Lipazzaners and vaqueros of all kinds. Granted being a horse person doesn’t make me easier to get along with, better at spelling or richer. It simply gives me a direct connection to one of the most ancient, mutually beneficial interspecies relationships on the planet.

Winston Churchill said, “There is something about the outside of a horse, that is good for the inside of a man.”

When you can’t do the job alone; a cow in the bog, a race against time, a boulder to move, a detour to take, a mountain to cross, a crevice to leap, a war to win, a sweetheart to impress, or…when you’ve gone too far to walk back.

Shakespeare’s King Richard III said when fate hung in the balance, “A horse! A horse! My kingdom for a horse!”

I’ve also come to believe that you either are a horse person or you aren’t. Many who are, never know it because they never have the chance. It’s a primitive acceptance, often mutual. A lack of fear. You see it in some children when they are first introduced to the horse. It always gives me a sense of wonder to be there and help them make their acquaintance. I believe the horse can sense the child’s innate trust. It is the beginning of a natural bond.

I count myself very lucky that I get to be a part of the wonderful world of horse sweat, soft noses, close calls and twilight on the trail.

I like living a life where a horse matters.

Podcasts: What it’s like to be a Sort-of Celebrity. From Dressage Today to the Smithsonian! 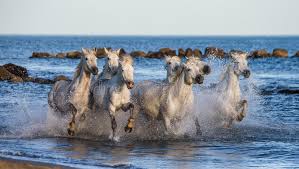 Seahorses? The Horse Lovers Summit on the Sea 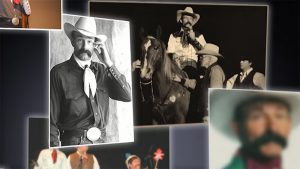